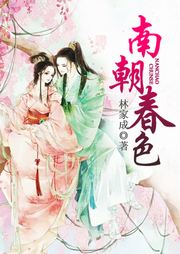 This is actually the third book that I picked that was written by Lin Jia Cheng.  I will post the second book some other time.  I just finished listening to this audiobook and decided to post the review now.

Introduction episode was recorded in multiple voices but you will only get to hear female voices from episode 1-8.  Don’t get disappointed as the male voices started to appear from episode 9 onwards.  However you will notice that only two male characters were recorded in male voice which is Lan Ling Wang (ML1) and Siau Mo (ML2).  The rest of the male characters were all recorded in female voice by Xiao Xian Nu.  If you like 媚公卿 (Mèi Gōng Qīng), you will probably like this story as it is quite similar.  One interesting points is the male leads seems to change their role this time in Nan Chao Chun Se (NCCS).  In Mei Gong Qing (MGQ), there is Ran Ming, the general and Qi Lang, the nobleman.  Female Lead picked Qi Lang after she went through a horrible fate with Ran Ming in her previous live.  Well in NCCS, there is Lang Ling Wang, the general and Siau Mo, the scholar.  Both loves her and the female lead in NCCS picked the general.  So for those worshipper of Ran Ming in MGQ, you are getting your general back.

Similarly with MGQ, this story is also about a woman that killed herself and returned back to the past to re-live her life again.  The difference was she has only vague memory of what about to happen unlike in Mei Gong Qing, the FL clearly remembers all the important events in her life.

I almost gave up on this audiobook when it reaches the part where she was kidnapped and drugged.  She was rescued by Siau Mo but Siau Mo took advantage of her. The beautiful part is Lan Ling Wang didn’t care about it caused he blamed himself for not protecting FL well enough and continued to love her.   This is a happy ending story.

When she woke up, she went back to the past where she was 13 years old.  FL is an illegitimate child of a nobleman and was often abused and humiliated since young.  Her birth was considered even lower caste than those borne by the concubine.  Her beauty caught the eye of ML1 & 2.  The story continued on to how she tried to survive knowing very well that her beauty will bring calamity to herself.  She became Lan Ling Wang’s woman and though Lan Ling Wang indulged and protected her, he did not marry her due to her illegitimate birth status.  This is something that FL minded the most.  FL announced to the world that Lan Ling should only marry her but after she was kidnapped, drugged and took advantage by Siau Mo, she no longer felt the right to become Lan Ling Wang’s wife.  She plotted to leave Lan Ling Wang but Lan Ling Wang refused to let her go.  FL eventually managed to leave on the wedding nite of Lan Ling Wang and Lady Zhen by faking her own death with the help of Siau Mo.   Lan Ling Wang regretted his decision to marry Lady Zhen after he heard that FL was killed in a fire.  Of course, he eventually found out that FL did not die and escaped to Zhou country.  Lan Ling Wang never would have thought that FL will really leave him, knowing that she has no other place to go, no family and no protection in this chaotic time.   Lan Ling Wang also knows that FL will never return to him as his concubine hence he asked for an annulment with Lady Zhen.

Try to listen to the audiobook yourself and comment whether you prefer Mei Gong Qing or Nan Chao Chun Se.