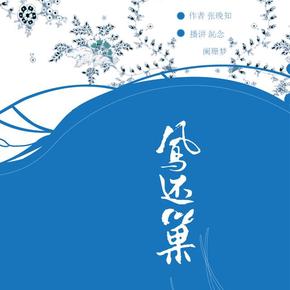 FL (Yun Chi) time traveled to the ancient world 11 years ago.  FL learnt medicine in her previous life and she is now working in the palace in the medicine department under the tutorship of the Grand Doctor.  One day, FL was commanded to go the Empress Dowager’s palace.  All the doctors present claimed that the Empress Dowager has pregnancy pulse.  FL managed to diagnose that the Empress Dowager has a growth in her uterus and was not pregnant.  ML (Qi Lue), the emperor instructed FL to treat his mother but FL said she has no confidence.  She was thinking of improving the empress dowager’s health first and then run away with her master.  But her master advised her to save the empress dowager because the country still need her guidance.

After a few months of practise, FL was ready to carry out an operation procedure on the empress dowager.  The empress dowager was saved.  Because of the earlier misdiagnosis, her master has already been demoted.  FL and her master decided to leave the palace.  ML gave a gift to FL and FL accepted it thinking that it was a new medicine box.  She later realised that it is a vanity box instead.  This is a sign from the emperor with the intention of making her his woman.  FL returned the gift to the emperor.  The emperor later confronted her on her feelings towards him.  ML sense that FL was attracted to him and don’t understand why FL wanted to leave.

FL bought a courtyard and started her live outside the palace with her master and three other students/helpers.  Because of her age, her master started to look for a husband candidate for FL.

FL was later kidnapped by Ayiwa, a previous royal concubine of ML’s father from a minority ethnic group from the Southern region.  Ayiwa loves ML and thought he will marry her after he took over the throne.  But ML released Ayiwa instead. Ayiwa once saw a meeting between ML and FL and knew that ML was attracted to FL.

FL was rescued by a prince from the Southern region.  She knew that ML hesitated to rescue her and his intention of using her as a deterrent against Ayiwa’s feelings towards him.  FL was upset and started to question ML’s true feelings towards her.

FL left Chang An to go to Southern region and got caught in the political situation there.

After a year, FL met ML again.  Knowing that their time being together is very limited, FL used this opportunity to be with ML.  On her last night with ML, FL used hyposis to erase their time together from ML’s memory.

FL stayed on in the Southern Region.  One day, she received news that there were changes in the government in capital city.  Empress Dowager was injured in an assassination attempt, the empress died after 2 months of giving birth to a prince and ML was also sick.  There was a coup planned by one of his concubines.

FL managed to save ML and found out that he has became a drug addict.  After ML recovered, instead of rewarding FL, he punished FL by demoting her to slave status.  FL stayed on with ML for half year until ML took back the control of his country.

One night after a drunk session,  ML suddenly remembered their past, he got extremely angry with FL and chased her out from the palace.  FL went back to the palace to beg ML to save Gou Man, an old friend where his family was involved in the coup.  ML was disappointed as he once gave an ornament to FL and told her that he will grant her any wish no matter what.  It was a hint to get her to tell him to only have her in his life but instead she used it to save another man.  FL told ML that she did not want use a lover’s gift to exchange for a promise.  The promise to love should be given unconditionally.

When FL walked out from the tunnel, she realised that the empress dowager purposely show her how much ML loves her but because of his position, he cannot come down to her level.

FL finally took up the courage to be with ML.