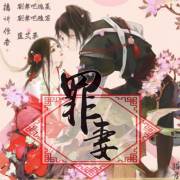 This audiobook was on my list for quite some time.  I did not listen to it earlier because it is not free to non Ximalaya VIP Member.  I became one recently and decided to pick this story.  I could not find a free version from other sites.  You can read the summary below and decide whether it is worth to join as member or let it pass.

After the death of her parents, FL (Shu Xiang)’s sister in law sold her to the Lin Family as servant.  FL worked in the young Master Lin’s study room.  FL stays low profile to keep young Master Lin from noticing her.  FL’s soul came from the modern world.  FL has already adapted herself in the ancient world.  FL met a scholar named Gu Xi Yang who often comes to borrow books from young Master Lin.  Gu Xi Yang remembers FL for her quiet and pleasant personality.

The young Master Lin noticed FL and tried to harass her.  He got interrupted by another servant girl.  The servant girl slapped FL and accused her of seducing the young master.  When FL got back to her room, she complained to Lian Xiang, her room mate.  FL told Lian Xiang what she did and very soon the other servant girl got punished by young Madam Lin.

Suddenly, the Lin’s family got punished for treason.  All the Lin’s family members got exiled.  All the non-married female servants were arranged to the soldiers based at the border.  FL met General Zuo Qian at the Master Lin’s study room and suggested the books to be donated to the schools’ library.   In order to help Lian Xiang find a suitable husband, FL suggested to all the girls and boys to list down their preference to match them up before getting married.

FL got a shock on her wedding nite.  In ML’s mind, FL is too crafty.  Hence, he insisted to consummate their marriage to keep FL from running away.  FL slowly settled into her life as a soldier’s wife.  ML and FL fell in love after marriage.

Huai Xiang did not get her wish to marry Zuo Qian General but married Yan Tan.  Huai Xiang looked down on Yan Tan and refused to take care of Yan Tan after he got injured.  Yan Tan block an attack and saved ML.  ML and Yan Tan became sworn brothers.  FL felt indebted to Yan Tan, agreed to look after Yan Tan.  Huai Xiang accused FL of seducing Yan Tan and purposely tried to create problem.  ML did not believe Huai Xiang and slapped her instead.  Yan Tan actually felt in love with FL during the nursing period but kept his feelings hidden.

Yan Tan divorced Huai Xiang.  Huai Xiang aborted her baby and schemed her way into the Governor Luo’s residence to become a servant.  Huai Xiang seduced Governor Luo and became his concubine.  Madam Luo is a very smart woman.  She puts all her husband’s concubines in one courtyard and made them drink a contraceptive drug to prevent the woman from getting pregnant.  Huai Xiang regretted her action.

One day, FL and Lou Tou Yi rode out of the city to pick some wild vegetables.  They bumped into the Bei Mo Soldiers who tried to abduct them.   FL got injured heavily.  ML arrived in time to save FL.

Another battle started.  The Da Xia Guo won the battle.  General Zuo Qian got transferred to another location.  Zuo Qian took half of the soldiers with him and left the other half to help the new General.  Zuo Qian already know who will be taking over his posting and worried that this person will destroy what he has worked for the past few years.

A man named Ceng Qian took over from Zuo Qian.  Ceng Qian got his job because of his niece is the Emperor’s beloved consort.  Ceng Qian is a bully and was known to steal other’s men wife.  Governor Lou hosted a welcome party at his house.  He asked his concubines to attend the party.  Huai Xiang thought she has a chance to show off her beauty to Governor Lou but never expected that Governor Lou gave her to Ceng Qian. ML suggested to Zuo Qian to bring Yan Tan to his new posting to avoid meeting Huai Xiang.

When Ceng Qian expressed his interest in FL, Huai Xiang offered to help him.  Huai Xiang visited FL’s home often and gave her lots of presents.  FL and ML puzzled Ceng Qian’s intention for doing so.

Governor Luo received news from his brother based in the capital city about Ceng Qian’s character.  Governor Lou quickly arranged for his family to move back to the capital city.  ML found out the real intention of Ceng Qian.   ML felt reassured when FL confessed that she is contented with her current life.

Bei Mo soldiers attack again.  This time, Ceng Qian turned traitorous and opened up the gate to surrender.  ML and the people evacuated to live at the hills.  FL found out she was pregnant.  The doctor said FL needs proper care as she was still recovering from her last injury and the poor current living condition.

The Emperor passed a decree to execute Ceng Qian and his entire family.  Zuo Qian and his father sent to fight the Bei Mo soldiers.  Yan Tan found ML and FL.  ML went to fight Bei Mo soldiers.  Zuo Qian won the battle and took back Xiang Sui Town.  ML and He Hei Zi went missing.  Everyone tried to hide the truth from FL.  Lian Xiang cried and accused FL of hiding the news from her.  FL got a shock and miscarried her baby.  FL almost died from bleeding non-stop.    Lian Xiang also got a shock and when she got home, she saw He Hei Zi.  He Hei Zi got separated from ML during the battle.  The next day, Lian Xiang went to apologise to FL.  FL did not want to forgive Lian Xiang and told her she no longer want to see her again.

The searching for ML slowly stopped.  The war ended.  The government decided to open up the border to allow trading between two countries.   Gu Xi Yang passed the imperial exam and become a government official, came to Xiang Sui Town on official matter.  Gu Xi Yang remembered FL and wanted to make her his wife.  FL told Gu Xi Yang that even though ML has passed away, she still loves him and has no intention to re-marry again.   FL decided to follow Lian Cun (FL’s godfather) to his hometown.

ML saved by an old Bei Mo couple.  It took ML 6 months to recover from his injury.  ML convinced the old couple to move to Xiang Sui town to live.  Everyone shock when they saw ML.  When ML heard FL has left, he chased after her.  ML and FL reunited at last.

ML decided to resign from military to start his own business.  ML bought a bigger house and persuaded Su Ah Pa and Su Ah Ma to move in together.  They felt indebted to the old couple and treated the old couple like their own parents.   ML’s business grew bigger and bigger. FL gave birth to a baby girl.

ML’s parents came to look for him.  When ML was very little, his biological parents gave him away to his paternal uncle (Pei Shi Liu).   Pei Shi Liu and his wife has not children of their own at that time.  After a few years, Pei Shi Liu’s wife gave birth to a son and later to a daughter.  After Pei Shi Liu has his own children, he wanted to give ML back to his biological parents but got rejected.  ML became the unwanted child.  After ML grew up, Pei Shi Liu did not want to give his wealth to ML.  Pei Shi Liu gave ML a lousy property and suggested to ML to split from his family tree to find his own fortune.  ML went to become a soldier.

After ML became rich, both sets of his parents came to look for him.  None of them were sincere nor truly care for him.  They created lots of havoc in ML and FL’s lives.   ML got rid of them and changed his surname to Dong.