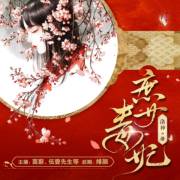 First 91 episodes are free.  I thought this story was 庶女有毒 @ 锦绣未央 (Shù Nu You Dú @ Jinxiù Wèiyāng – The Concubine Daughter is Poisonous @ Princess Wei Young) because of the same title.  I started last year and stopped halfway waiting for the story to be completely produced and uploaded.  I waited 6 months for that.

FL’s soul (Xin Rou) came from the modern world.  FL is the 3rd missus of the Yuan family.  FL’s mother is the 3rd concubine of Master Yuan.  In modern world, FL learned traditional Chinese medicine from her grandparents.

Master Yuan has 5 daughters but no son.  FL’s mother is pregnant and the elders in the Yuan family are hoping for a son to continue the family line.

FL made moisturizer and gave it away to curry favor with people who helped her.

ML is crippled and has very bad temper.  ML wears a mask to cover his good looks.  ML dislikes people calling him pretty.  ML started to fall for FL the more he gets to know her.

FL created a new identity as Ban Yue Gong Zi and started her own business empire.

ML married FL.  ML’s step-grandmother was against FL.  All of ML’s Aunties tried to cause trouble for FL.  FL noticed something weird between ML’s parents.  ML’s mother (Fu Ning Wang Fei) has no interest in anything in Wang Fu. ML’s mother often let others take what they want from her or passed on to Fu Ning Wang Ye to decide.

After ML and FL married, Lu Ce Fei (ML’s stepmother) asked Wang Ye to arrange her son’s wedding.  Because of ML’s handicapped, ML forced to give up his “Shi Zi” title to his elder stepbrother, Zhan Liu Xuan.  Zhan Liu Xuan married Bing Xian Jun Zhu who has a higher status than Zhan Liu Xuan.  Ning Wang Fei (Bing Xian’s mother) has once rejected her daughter to marry ML because of his handicapped.   On Zhan Liu Xuan’s wedding day, Wang Ye passed a family heirloom to Zhan Liu Xuan.  The heirloom is a small deposit box and no one could figure out how to open it.   Whoever receives the heirloom means that person will be the official heir to the Wang Fu.

ML took over the role as Ban Yue Gong Zi after FL and ML married.  FL found out ML fed a slow dying poison for many years.  FL helped ML to detoxify the poison and quietly treated his leg.  They used an excuse to go holiday to treat his leg.

The heirloom got stolen the day before FL and ML went for holiday.  FL and ML went away for 4 months.  Towards the end of their holiday, FL’s servant (Zi Hong) accidentally saw the heirloom from a fisherman and brought it back.

FL and ML decided to keep ML’s recovery a secret.  FL and ML announced that they will give up the heirloom to whoever who will pay them a huge sum of money.  Because of the missing heirloom, Fu Ning Wang Fu almost got punished by the Emperor.  ML gave the heirloom to Wang Ye to give it to the Emperor for safekeeping.

FL found out the spy in Fu Ning Wang Fei’s courtyard.  It was Zhou mama.  Zhou mama accepted bribes from many people.  Many years ago, Zhou mama poisoned ML to cause him to fall from a horse.  Zhou mama claimed that someone threatens her life but she did not know who.

FL found out the past about ML’s parents.  ML’s father likes Wen Gui Fei/Yuan Xin (ML’s Auntie).  ML’s mother (Yuan Jin) refused to marry ML’s father at first after she knew about them.  Both the Emperor and ML’s father fell in love with Yuan Jin but mistaken Yuan Xin as Yuan Jin.

Fu Ning Wang found out at last that he was wrong and regretted his mistake.  Yuan Jin left home after family the mess settled.  Fu Ning Wang went to look for Yuan Jin.   FL and ML also left home for a short holiday.

FL made lots of friends and enemies.  FL saved Jing Xiao Ran, the Emperor from Bei Han Guo and attracted his attention.  Da Yue Guo and Dong Lie Guo went into war.  Jing Xiao Ran offered to lend 200k élite solders in exchange for FL.  Many officials proposed to the Emperor to accept the proposal.  Fu Ning Wang objected.  FL did not take it seriously as she believed ML will settle the problem.  ML schemed and made Bei Han representative changed their proposal from FL to Wen Gui Fei.  FL and ML wanted to make the Emperor to taste his own medicine.

Fu Ning Wang got to know that ML is Ban Yue Gong Zi.  Fu Ning Wang proposed to the Emperor to make ML a War General but the Emperor refused to listen.  Right Prime Minister found out later and seconded Fu Ning’s proposal.  The Emperor agreed at last.  ML went to fight Dong Lei and won the war.

Dong Lei suggested a political marriage between ML and their Princess.  ML and Fu Ning Wang turned down the proposal.  The Dong Lei Princess, Shang Guan Lin and her brother Shang Guan Yi tried to cause trouble but got taken down by ML and FL.

Jing Xiao Ran’s sister fell in love with Ban Yue Gong Zi.  The contract between Bei Han Guo and Da Yue Guo still stands even though negotiated by Ning Wang.  Jing Xiao Ran proposed to change the terms whereby he asked Ban Yue Gong Zi to marry his sister.  The Emperor tried to push it down but relented at last.

FL gave birth to a pair of twin boys, a girl and lastly a boy who became Hui Hai Master’s disciple student.